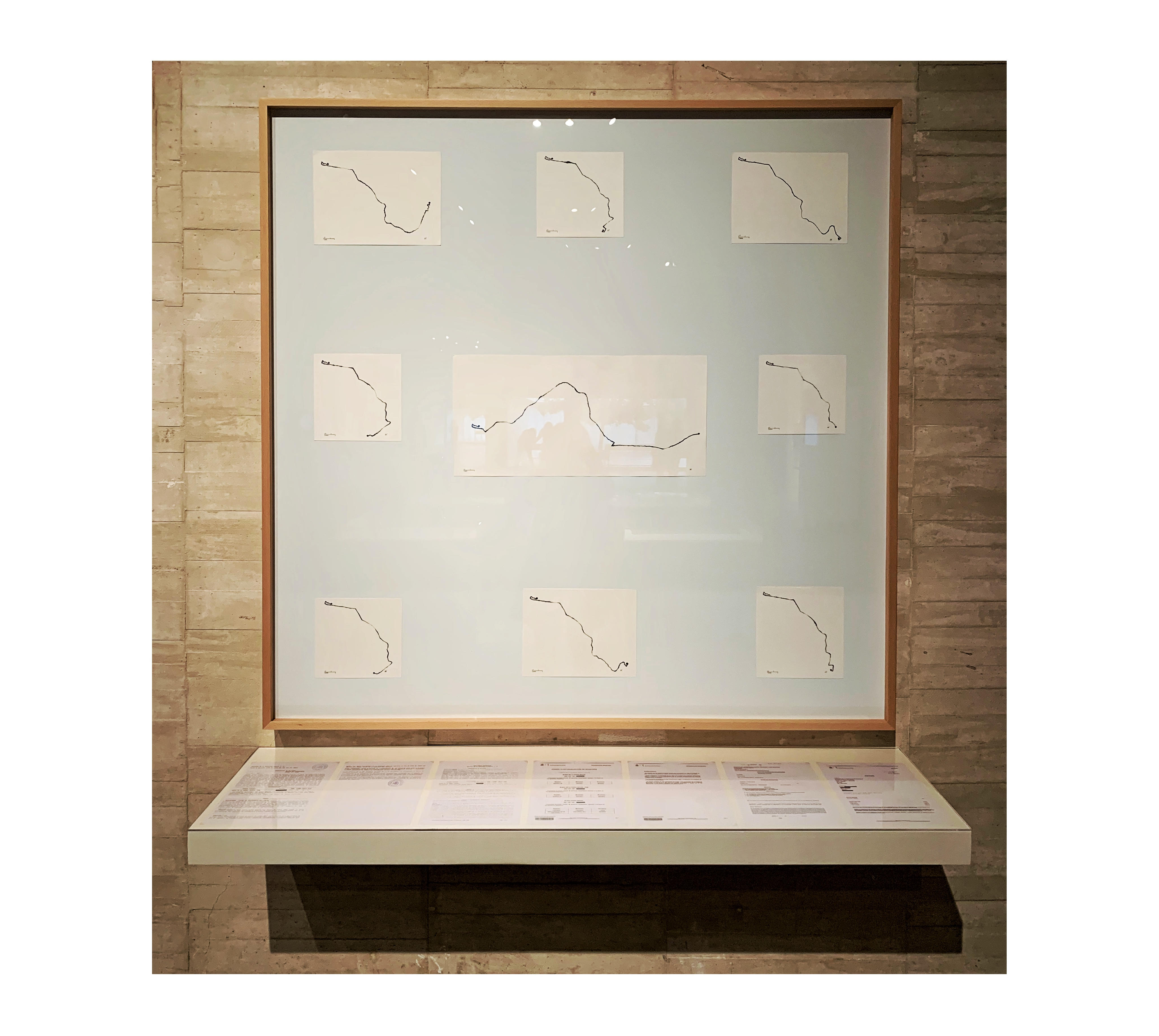 The traditional map, as a graphic and metric representation of a territory, allows us to locate places in a delimited space.
The cartography helps us to understand human activity and its environment.

Current maps, for example, Google maps, indicate to us the directions to follow to get to one point, help us to locate
our destination when we are lost, and calculate the distance and time that it will take to achieve our target, despite
likely obstacles and inconveniences.

In the same way, the route is a physical connection to travel between two points, a trajectory between two places, known
or unknown.

In this work, that connection is not only between points on a map but  between two people that share a link, a trace
that reaches both extremes and generates a path of responsibility, never before traced, but existent, that demonstrates
its proximity, at the same time, its remoteness.

The artwork consists of a series of 1/1000 scale maps. Each map represents the linked trajectory between two points.
The first one corresponds to the current Miguel Blesa’s residency, former Bankia-Caja Madrid’s president (a Spanish bank).
The second point, different in each of the maps, corresponds to different dwellings that belonged to people, who got their
mortgage with this bank during the housing bubble time period, in which Miguel Blesa was the president in this financial
institution.

To develop this work, I had to visit the Real State Public Registry in Madrid and request all the CEO’s properties information. After getting all the documentation, I visited the different locations to figure out which one of them is their current residency.