(F)Actors en Route, final presentation of Elena Lavellés research project, is based on the artist’s field, formal and theory research she carried out thanks to the Programme: Call for local creators of Centro de residencias artísticas de Matadero Madrid and collaboration of different agents, social resistance groups and institutions in the respective countries. Blanca de la Torre has curated Lavellés’ work on other occasions, and, as she points out, “the result is expressed in photographs, drawings, video and documentation that make up something akin to an atlas-archive of political ecology in several interrelated episodes, from which discourses are extracted on decolonization, social resistance, indigenous sovereignty and the (de)financialization of nature, bringing to the table how important it is to understand the inextricable relationship between the environment, economy, society, and politics.” She continues: “this makes it perfectly clear how every landscape is political, and it helps us to understand the intrinsic relationship between political ecology and the aesthetic experience, and the different ways that they both offer us to understand the interrelationships that exist between the environment and the economic, social and political world.” 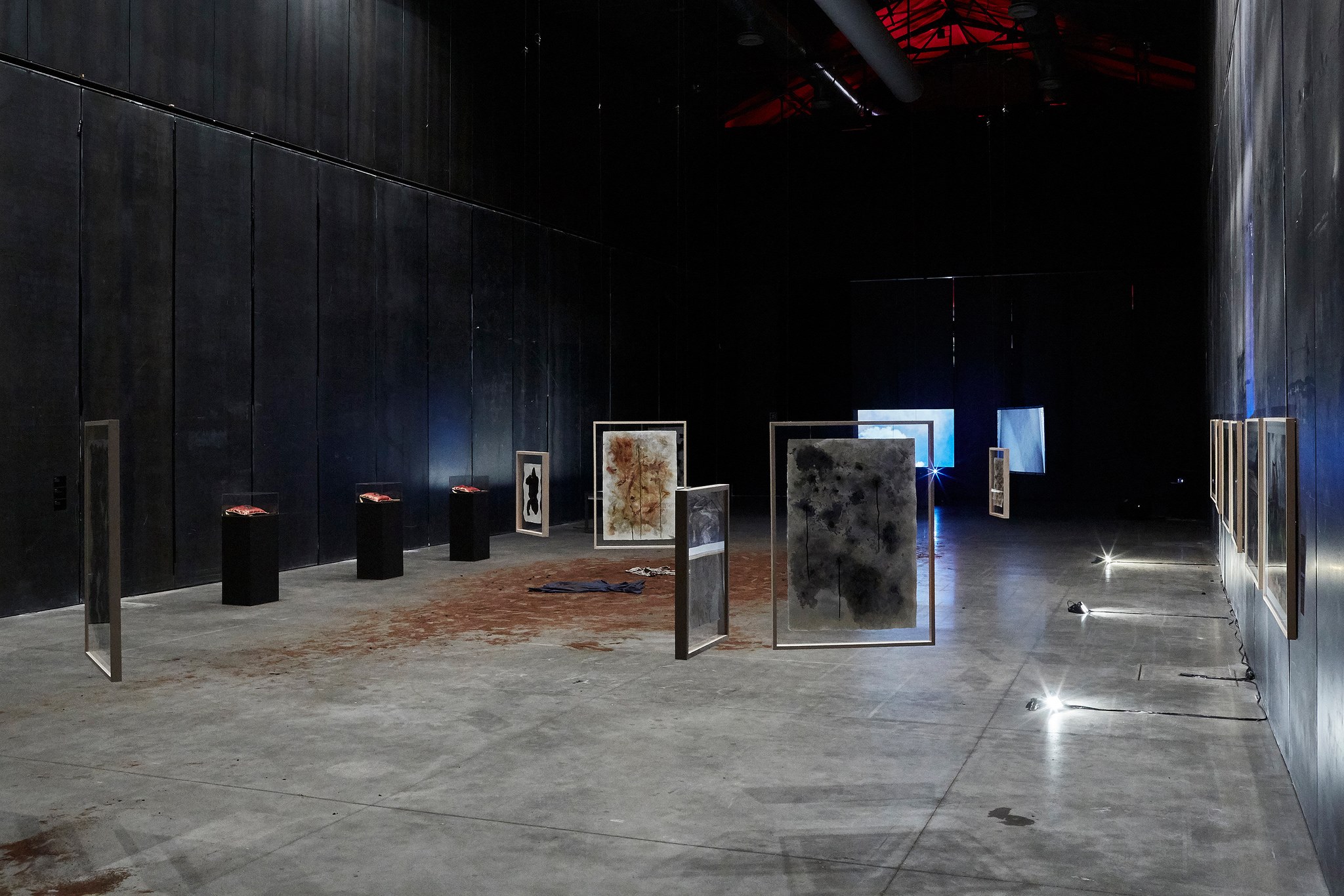 The project focuses on an analysis of the routes or displacements that either materials and human beings are forced to endure so that industry and capital may profit. In Spain, around 70% of all the primary energy that we consume (which for the most part is of fossil origin) is imported from other countries due to the lack of energy resources within Spain itself. “The artist invites us to re-imagine the two sides of the story, that of the imagined territory and that of the real one. That of utopia and dystopia, an approach that implies social resistance and alternatives to currently established and dominant processes”, explains Blanca de la Torre. In this exploration, Lavellés centres on three types of “black gold” and their respective geographical areas: the precious metal of the Brazilian city of Ouro Preto, the oil of the Mexican corporations «Oro Negro» and PEMEX, and the coal from the Powder River Basin mines in the State of Wyoming, USA. Three materials whose exploitation has been essential for the development and expansion of capitalism. Each of the three main lines of research takes us to specific problems that the extraction and exploitation of these resources have brought in their wake. 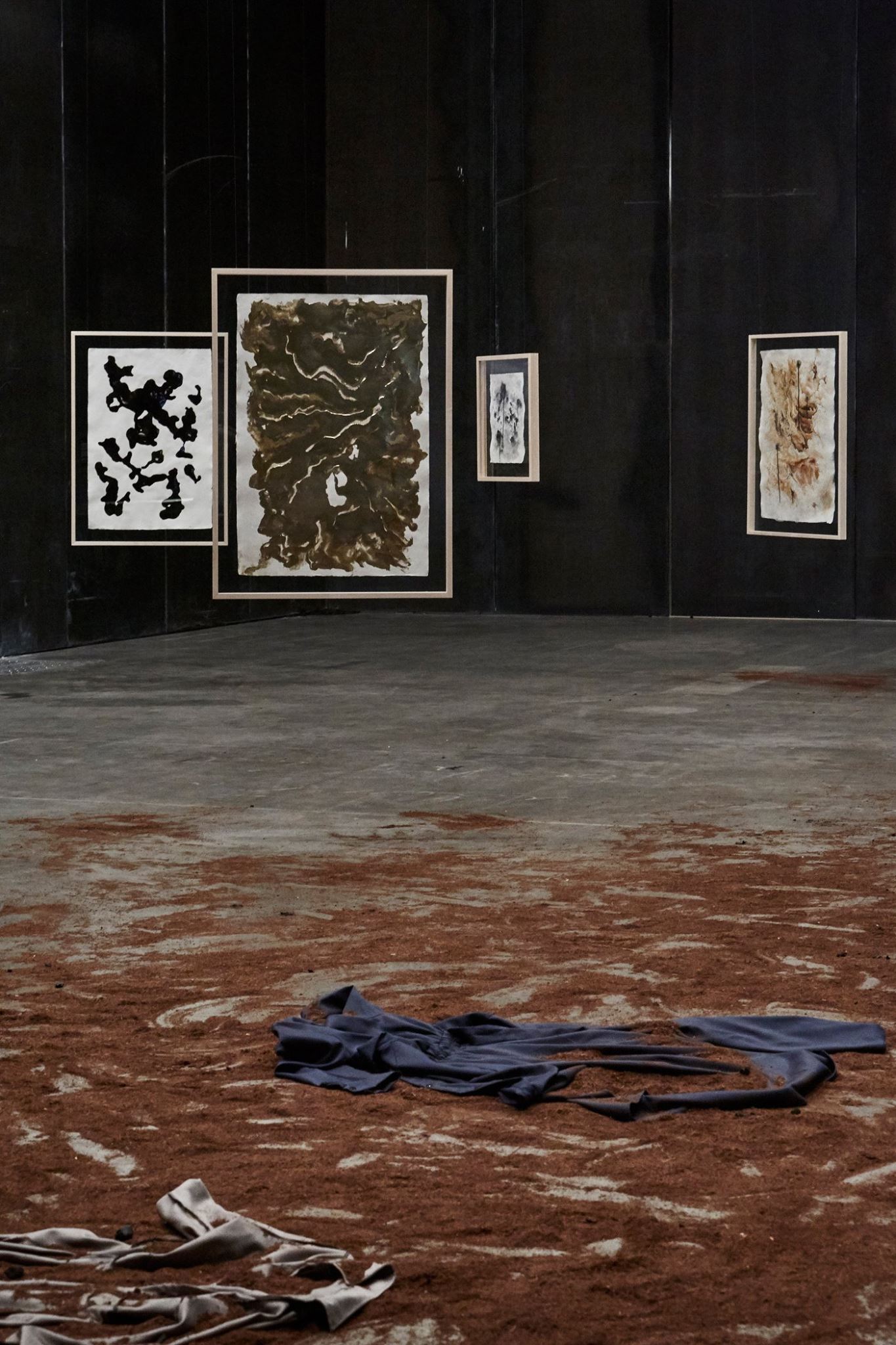 The first line of research focuses on Ouro Preto, in Brazil’s Minas Gerais region, where the material known as black gold is from. The artist sheds light on the migratory flows that were generated by the Brazilian Gold Rush of the 18th century, and particularly on the massive number of African slaves who were brought in to take part in the mining operations. The artist also turns her gaze on what are “paradoxically still referred to as “natural disasters”, such as the Samarco Mine disaster in November 2015, given that there is nothing at all “natural” in the mudslide that ensued when the dam burst that held all the chemicals and pollutants from the iron washing process”.

The extraction of oil from the Gulf of Mexico is the second focus for Lavellés’ research. Here she shows us how this process has resulted in the displacement of communities, the degradation of nature and the landscape, and the destruction of ways of life and resources. For this section, the artist contacted activists such as GeoComunes, whose work involves accompanying peoples and communities in defense of the common good, starting by producing maps that analyze the conflicts as a way to strengthen collective organization. Finally, the exhibition takes us to the Powder River Basin Mines, the largest coal producer in the US. Here,  the artist points out how the decision of the US government to revitalize the coal industry has consequences that threaten global environmental security, particularly following the United States’ withdrawal from the Paris Summit Agreement (COP21). 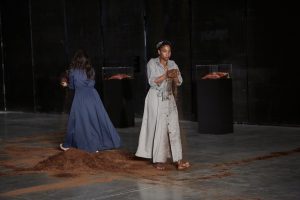 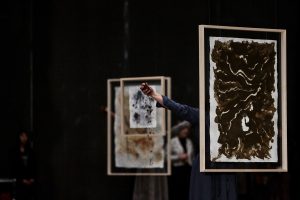 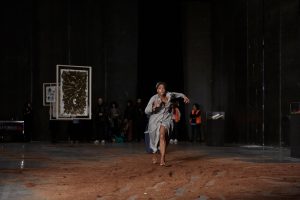 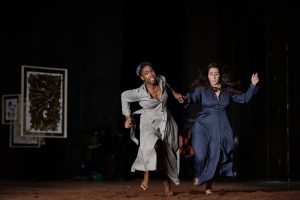 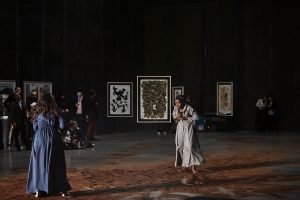 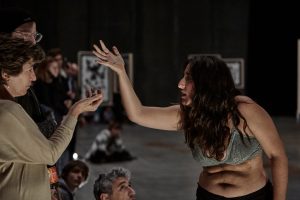 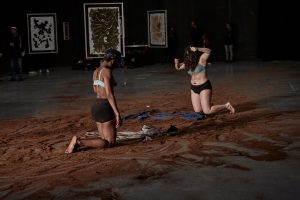 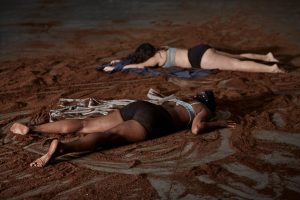